Come join me down The Well 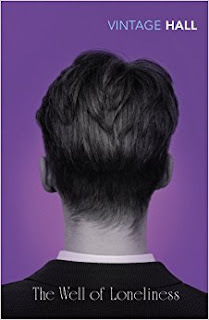 Earlier this year I read the classic 1928 Novel The Well of Loneliness by Radclyffe Hall. As a counsellor I recognised many of the main character Stephens experiences, from struggling to accept her body and sexuality to the trauma of suddenly losing a loved one and the isolation and pain of parental rejection and social prejudice.

Although the novel is most famous for being banned for obscenity due to it's story of love between women, it was the very human depiction of personal suffering that left a lasting impression on me.

“And her eyes filled with heavy, regretful tears, yet she did not quite know for what she was weeping. She only knew that some great sense of loss, some great sense of incompleteness possessed her, and she let the tears trickle down her face, wiping them off one by one with her finger.”

―The Well of Loneliness

If Stephen were to come for counselling to talk about her life, I wonder where she would start?

Mum and Dad
Even before she was born Stephens parents had many expectations of her, they had created an image of their perfect child in their minds and struggled to accept her as the person she actually was.

When parents have fixed ideas about who their children should be and how they should live the child can often feel rejected and love can seem very conditional. They may feel they have to conform to the expectations of others and feel inadequate if they don't, this is called having ''conditions of worth'' (Person centred theory).

Stephens father was the more supportive of her parents and her mother struggled to bond with her only child. Her early relationships affected how she saw herself and the choices she made in future relationships because  it created an Avoidant style of attachment (Bowlbys theory of attachment).

“But her (Stephens mother) eyes would look cold, though her voice might be gentle, and her
hand when it fondled would be tentative, unwilling. The hand would be
making an effort to fondle, and Stephen would be conscious of that
effort. Then looking up at the calm, lovely face, Stephen would be filled
with a sudden contrition, with a sudden deep sense of her own
shortcomings; she would long to blurt all this out to her mother, yet
would stand there tongue-tied, saying nothing at all.”

-The Well of Loneliness

Growing up
Stephen experienced early rejection from her first love interest  as well being an outcast among other children her age because she didn't fit in. She was often ridiculed, gossiped about and bullied. Even though she developed her own interests and talents in which she excelled, it would be many years before these were respected and valued and by then her sense of self worth had been crucially damaged. By the time she reached adulthood her experiences of being devalued and rejected meant that she consistently saw herself as flawed as this had become her Self Concept (Person Centred Theory).

Identity
Stephen battles throughout her life to feel comfortable in her own skin and to fully accept herself. This conflict comes from the judgements of others who see her as abnormal because she doesn't fit the stereotype of being female at the time. Despite the fact that she grows to develop an athletic physique and achieve great sporting accomplishments, she constantly faces prejudice over both her physical features and her style of dress as she prefers tailored trouser suits to frilly dresses. Often she battles between enjoying her own sense of style and feeling like a freak. Most hurtful is her mothers constant disappointment and disapproval over the way she looks.

Loss
Stephen loses someone close to her in sudden and tragic circumstances. The impact of this leaves her feeling even more isolated as this person provided a glimmer of assurance and hope in a difficult world. What's more she feels alone with her grief with no one to share it with. Grief is an incredibly personal process that can manifest in many ways. Often people find it hard to talk about their feelings around bereavement because they feel that they are expected to feel and behave in a certain way, or they may feel that their own grief is a lower priority than that of others around them.

“If our love is a sin, then heaven must be full of such tender and selfless sinning as ours.”

― The Well of Loneliness

Stephens attraction to women is depicted from an early age and she comes to accept her feelings as natural and in keeping with what is in her own heart. However the fierce prejudice she encounters causes her to question herself and to experience great shame around her sexual orientation.

Even though the world has thankfully moved on since 1928, many members of the LGBQT community still experience Social prejudice and coming to terms with  their sexual identity and how their family responds to it can often be difficult.

When Stephen finds an LGBQT peer group there are other challenges in terms of identity. She feels that she doesn't quite fit into this group either because it has it's own stereotypes so again she feels a sense of isolation.

By the time Stephen begins having romantic relationships her insecurity and fragile sense of self make her vulnerable to being used and badly treated by inconsiderate partners. How we see ourselves and the messages that we receive about ourselves when we are children can affect our relationship choices and the way that we interact with partners.

When Stephen eventually does find love, she experiences much anxiety and fear of rejection because she does not believe that she is worthy of her partner or that she can maintain her partners love and interest. This insecurity leads her to self-sabotage and affects her ability to relax and experience happiness.

A way out of the Well

Many of us find ourselves in our own 'Well of Loneliness' at some time in our lives. Times when deep hurt and shame or pain and depression make us feel separate to everyone around us. We might not be sure who to talk to or how to start the conversation. And the prospect of letting anyone in on our secrets and feelings that we have had for a long time can be a scary prospect.

I have been privileged to have access to many a ''Well' in my work. If you are struggling or feeling lost down your own 'Well of Loneliness' then talking to a trained counsellor can help you to start to find your own way up and out. 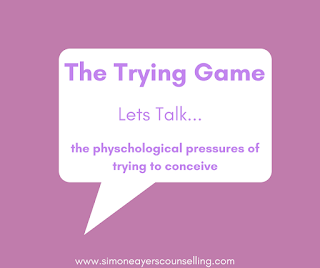 The Trying Game- the psychological pressures of trying to conceive 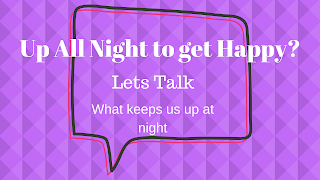 Up All Night to Get Happy?